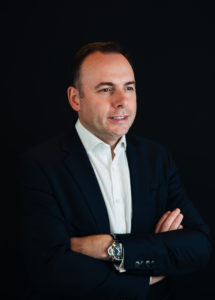 Dan founded Matero having previously run his own niche consulting firm specialising in risk, control and assurance advisory services, which has involved leading on important projects in large financial institutions.

Dan has also held a number of senior interim roles, including Chief Risk Officer, Chief Internal Auditor and Chief Information Security Officer in a number of Financial Services organisations. These roles were based on a twenty-year career, which included roles as a Director at Deloitte, which he undertook having worked at HSBC and NatWest following his initial training with Arthur Andersen. With an expert background in technology risk and assurance, from working with all of the major UK high-street banks, the Bank of England, the regulatory family and the  insurance sector, Dan’s multi-disciplinary experience has been sought consistently at the C-Suite level to bring the blend of risk aware services they need.

Dan actively mentors a number of veterans and played a key role in setting up the Deloitte Military Talent and Transition programme, where he actively participated deploying military skill sets into the commercial arena.

Stuart helped set up Matero as partner in 2019, after spending a decade holding various global MD head positions in Barclays, where he also set up an industry leading veterans employment programme, which secured the onboarding of over 600 top talent ex-military hires into the firm.

Stuart is a recognised leadership expert and has worked with over fifty top-tier organisations in assisting them with their leadership and talent development programmes by focusing on the military leadership skills that can be transferred successfully into the commercial sector.

Before joining Barclays, Stuart spent 20 years in the British Army, which included numerous senior staff officer strategic planning positions in the Ministry of Defence, where he worked directly for various board level Army executives, and commanding a Parachute Regiment battalion, which formed the first UK battle group that was sent to southern Afghanistan in 2006. He was awarded an OBE for his strategic planning work in the MOD and a DSO for leading 3 PARA in Afghanistan.

As well as full-time team members,  Matero have an extensive network of trusted associates who Matero have worked with before. This allows us to draw added capacity and capability from a diverse pool of talented consultants with broad industry experience. They are admitted only through direct referral and are vetted in detail by the partners before being schooled in the MECCAR methodology.  They are selected for their diverse abilities and cultural fit. Many of them draw on military backgrounds, but the MAC also includes consultants who have come from commercial, public sector and third sector to ensure we can build suitably balanced project teams.

Matero is committed to creating a diverse and inclusive environment in our team. We make a concerted effort to recruit and support the very best talent from different diversity backgrounds.