Decision-Making – The Essence of Empowerment

Fifty years ago, the decisions of a very different president, regarding very different events in Washington were scrutinised for very different reasons.  In 1971, Graham Allison published ‘The Essence of Decision’. Analysing the decisions taken by Kennedy’s administration during the 1962 Cuban Missile Crisis, Allison’s book contended that rational intentions to act against the Soviets, while avoiding the risk of a nuclear war, were nearly confounded by the influence of decision-making factors beyond JKF’s control.   Allison argued that non-rational factors, such as organisational bureaucracy, cognitive bias, and politicking risked the unintended consequence of a nuclear exchange, which Kennedy was studiously trying to avoid.

Writing a century before Khrushchev’s near fatal decision to deploy missiles in Cuba, Helmuth von Moltke also theorised about the intent of strategy and the reality of executing decisions, when he stated that no plan, however well crafted, withstands actual contact with the enemy.  Von Moltke claimed that the factors like chance, bad weather, and misunderstandings were the frictions of reality on a battlefield, which militated against a strategy unfolding as it had been intended. Speaking about conflict a little closer to this century, Mike Tyson put it more succinctly.  When talking about his impending heavyweight fight with Evander Holyfield in 1996, he said, ‘Everyone has a plan until they get punched in the mouth.’ 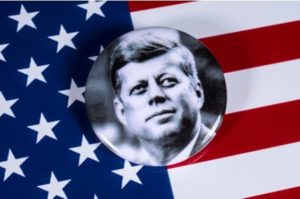 Whether the 2008 financial crisis, corporate scandals, the Coronavirus pandemic, or just BAU, it does not take an academic, general, or heavyweight boxer to tell us that the best laid plans often go astray when they meet the reality of actual circumstances.  Corporations are full of talented people and the challenge is not lost on today’s business leaders.  Published in 2001, David Norton and Robert Kaplan’s book, ‘The Strategy Focused Organisation’, surveyed 200 top global companies and stated that nine out of ten corporate strategies failed, citing that the ‘execution gap’ was the number one concern of most CEOs.  Ten years on the situation has been exacerbated by the increasing frequency of Black Swan events.  The issue is how you plan for uncertainty and make decisions, when the frictions of reality, whether external or internal to an organisation, often conspire against the execution of strategic intent.

Companies talk about compliance measures, risk oversight structures, and balanced scorecards.  However, the associated proliferation of committees and lines on a Gantt chart does not equate to decision-making for the unexpected or an ability to pivot and deviate appropriately when the frictions of reality collide with the intentions of strategy. If anyone thinks ‘Agile’ project management is a panacea, a quick Google search provides a different view.  A conservative estimate of available statistics indicates that 60-70% of Agile programmes fail.

Organisations may emphasise the importance of delegating authority and having the right culture to empower staff to exercise initiative and respond to events as they unfold at the coalface.  But culture is not about cascading executive-endorsed PowerPoint slides or occasional offsites, where teams talk of empowerment before promptly returning to the existing status quo in their workplaces.  Consequently, it is likely that senior management will continue to decry the ‘frozen middle’ and a propensity for every decision to be delegated upwards in their organisations.

Organisational culture is about the way a collective group and individuals behave on behalf of the institution they are part of.  Culture is most notable, good, or bad, in times of change, complexity, uncertainty, and crisis. It is about the decisions and resulting actions people and bodies chose to make; especially when they are under pressure.  However, if culture is to extend beyond empty value statements and a rainforest of compliance policy and regulations, it must be centred on decision-making methods.  Without a codified decision-making methodology, applied across every function and at every level, logic indicates that culture may be an empty vessel in many organisations.

It is a situation that extends beyond crisis situations.  Most companies claim to invest in their culture, yet many have a dismal record of customer complaints, which is an indicative mismatch between aspiration and actuality.  An inability to address customer grievances and poor service in a timely manner, as near to the point of origin as possible, largely stems from a lack of empowerment at the frontline interface.  We have all been there when faced with an issue that appears relatively straightforward to address.  When we finally get through to a customer relationship manager, we are exasperated to discover that the person we are speaking to is not a decision-maker and lacks the authority or know-how to deal with the issue.  Instead, we are put on hold, referred to a supervisor or another department, resulting in inevitable resolution delay.  The relationship is at best damaged, customer retention risked, and the handling costs to the miscreant are likely to increase.

At a higher level, the inability to close the execution gap and its link to the delta in decision-orientated culture is exacerbated by the vagaries and fragilities of human behaviour.  Seventy years of behavioural economics tells us that people are naturally poor intuitive data analysts.  Most people have an innate preference for ‘gut feel’ and making ‘comfortable’ decisions, which fit their preconceptions of a situation.  They do so at the expense of ignoring statistics and intelligence, which may not fit their version of reality.  They are also influenced, by cognitive bias, accepting the familiar, and social pressures, such as ‘Group think’ or what the boss thinks.  In short, a range of biases, conscious or subconscious, which exacerbate the frictions of execution when the rubber of intent hits the reality of the road.

In the last decade, the credit crisis, pace of technological change, proliferation of market disruptors, increasing conduct scrutiny and now Covid-19, should have taught businesses that they need to get used to the unfamiliar, uncomfortable, the uncertain. The need to make decisions under pressure, which empower people and make them resilient to friction execution is a constant requirement.  The essence of the solution lies in the art of decision-making schooling and method, with the empowerment it offers if embedded at all levels of an organisation, from the macro to the micro.  While strategic decision and design should incorporate contingencies for the unexpected, which reduce random and bias, those who deliver them at the more tactical echelons also need to be properly empowered to act within intent.  This requires decision-making to be taught throughout an organisation, so that it delegates authority to decide, act appropriately, and pivot as required when planning aspirations and reality diverges.

Decision-making R&D exists in the academic, sporting, and military arenas, with actual application most marked in the latter field.  With some notable specific exceptions, in the aviation sector and Formula 1, it is considerably less established in the commercial world.  How many companies can claim to have codified decision-making methodologies that transcend their organisations, which influence their purpose and performance through guiding the choices they and their people make at every level of an institution?  Given the current and future business environment, it is an urgent question that they need to address.  Last week, Boris Johnson announced that he was considering improving the civil service performance by partnering with the military academy at Sandhurst.  It may only be an idea, but it reinforces the contention that those organisations who have already spent years investing in empowerment culture through decision-making might have something to offer to the business community.